Optional components... what are ones to keep? ones to stay away from? one's I'm missing? 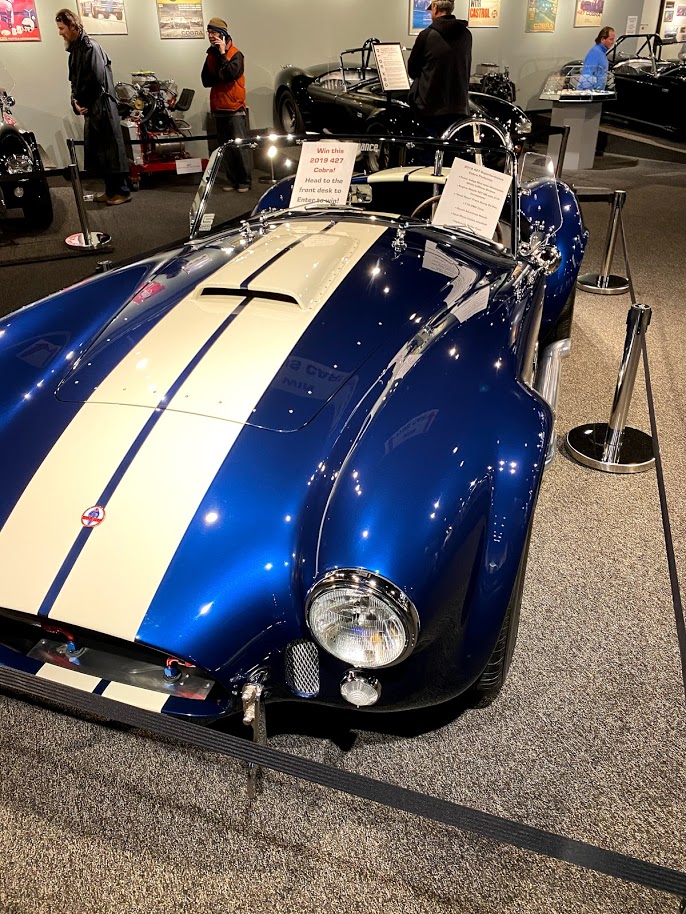 I visited the Cobra Experience

One of the local car groups, Eurosunday, had a drive to Martinez, CA to visit the Cobra Experience. I’ve always wanted to go, and since I’m getting a FFR Roadster – this was PERFE…

Joined Mar 21, 2002
·
2,889 Posts
A couple years ago, Steinmart of all places had a big run of Cobra shirts. I loaded up and still have a few new ones that I haven't broken out yet. I keep checking, but they haven't done it again.

As far as USB, I actually did a double USB and a cigarette style plug, so I have both.

I gutted a garage door opener and have that behind the dash with buttons on my under dash panel.
I have buttons for a radar detector on my under dash. The detector plugs into a phone jack under the dash in the center when in use. I also have an extra bright LED in one of my warning lights because I am likely not to hear the warning.

Other stuff I have seen:

A friend of mine did "LED bolts" in the engine bay. It really lights it up nicely if you need to get under there at night. So there is another one. Engine bay and trunk lighting.

Third brake light. I've seen a couple of those.

Trailer hitch. For towing a tire trailer to the track. There was a guy making a bolt in one years ago.

Boot bag. Here is a good one since you are doing a tanker. Weatherproof bag that straps onto the trunk.
► Show Full Signature
MKIV Roadster....FFR7694
3-link Moser, Wilwood brakes, 347, TKO
G

Toadster said:
Here's my running list of 'extras' on top of the roadster itself... yikes, you guys aren't kidding about how things can get out of control....!!

I have a bunch of common 'good known items' and others that may be optional, which ones do you have, or wish you had? please add more to my wallet LOL
items with an 'X' I already have....

everything should be linked if you need more info